A story about food, people and traditions. 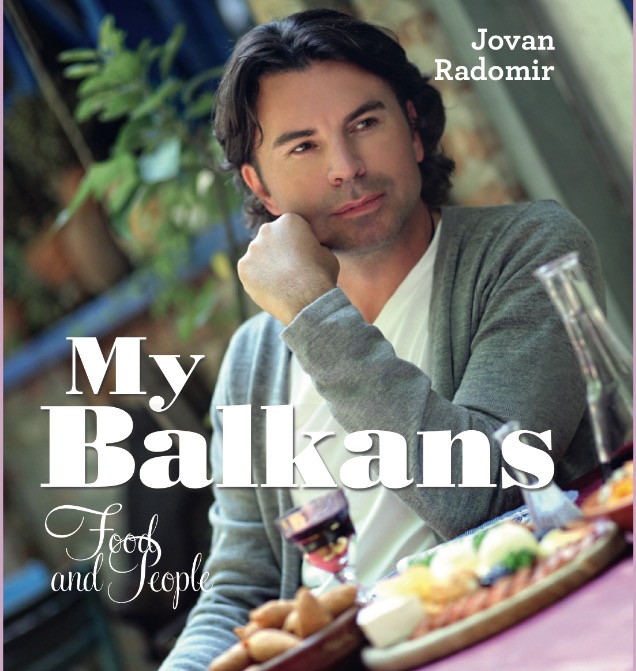 SOUL ON A PLATE

Jovan Radomir is a well-known journalist and anchor of the Swedish national television. The Serbian public remembers him as the presenter of Sweden’s voting results at the 2004 Eurovision Song Contest, and also as the author of lyrics for the English version of Marija Šerifović’s “Prayer”, the winning song of this contest in 2007.

His biography includes a long list of interviews with legends of the international music scene: Bono from U2, James from Metallica, Celine Dion, Madonna…

It is little known that Jovan is an honorary ambassador of Katrineholm, a small town in Sweden where he grew up. The mayor of Katrineholm played a crucial role in helping Jovan publish the first edition of his book “My Balkans” in 2011. Today, the second edition of the “autobiographical cookbook” is on the shelves of Swedish bookstores side by side with the world-renowned celebrity chef Jamie Oliver.

We talked with Jovan about the book’s creation and its content in Belgrade, on the terrace of a restaurant overlooking the confluence of the Sava and Danube rivers.

The Balkans is a pretty broad term – why did you decide to name your book like that? “

I simply did not want to impose any restrictions. The Swedes are familiar with the term “the Balkans”, and our cuisine is not only Serbian. Hungarians, Romanians, Macedonians, Greeks… we all share similar traditions.    Also, this is my Balkans, and in the book I describe the tradition of our region, our customs, where our food comes from… ‘My Balkans’ is a kind of travelogue mixed with the memory of a pleasant childhood.

I took advantage of my popularity so that the Swedes could see a different picture of the Balkans, and especially of Serbia. We managed to open wide the door to this region. People were really curious, many newspapers, especially travel magazines wrote about the book, we did some great stories, which proves Jovan Radomir was just a small boy when he left his native Bosnia and went to Sweden with his parents. Unlike many of our children who slowly started losing their identity, he managed to become a real and well-known Swede and at the same time to remain a true Serb. His book “My Balkans – Food and People” has had two editions in Sweden.

“The book is a remarkable mixture of genres: Jovan’s Balkans is at the same time a cookbook and a travelogue. Humorous, sometimes laced with nostalgia, this book is a balm for the negative image that our region has. And more than that the Swedes are interested in our region, and especially in Belgrade.”

The photographs of a rustic flask from the long-disappeared folk arts and crafts shops, the tractor ‘made in Yugoslavia’, your house in Srbac. Once upon a time there was a country…That’s how you begin your story. “ I quoted Kusturica, his title, ‘Once upon a time there was a country’ was perfect as an introduction to the story. I very briefly describe the old Yugoslavia, but it was important for me to write a tribute to a beautiful country that is no more. I worked with Bojan Stanić, a young photographer from Belgrade. The two of us travelled together for a month and a half. We photographed the food, people and places. We followed our hearts; this was a kind of our graduation paper, we were redrawing the maps of childhood. I wanted the Swedes to see who and what we were and at the same time to have the nostalgic spirit of our people awoken.

For starters, I give a brief description of sarma and I explain how it’s served. By the way, all of my recipes are spiced with a little bit of humour. The menu also includes leskovačka mućkalica (Leskovac beater), and the photo is taken at the Belgrade restaurant ‘Zaplet’. I wanted to show how a traditional dish can be served in a fashionable way. I also gave a recipe for our Bosnian bread kuruza. Under the headline ‘A happy piglet’, I wrote the entry on our mangulitsa pigs, and alongside the incredible scenery of the Danube,

I described how to prepare grilled carp. I gave the recipe for ‘army style’ beans – and made it more lively with the story of my military service in the Yugoslav People’s Army. I described our spices, and I made a special note on Vegeta that has been on the market in Sweden for a long time. Swedes use a lot of sauces and dressings, and this is contrary to our cooking ‘logic’, which is based on the original taste of food.

Food and identity are strongly connected. Everything that we put on the plate shows where we are from and that’s our connection with our parents and ancestors. Of course, the list of recipes includes ćevapćići (grilled minced meat, a type of kebab), kaymak cream cheese, ajvar (a type of relish, made principally from red bell peppers), baked beans with onions and paprika, pastries, sweets made following the recipes by my mom Mira and my aunts

” You devoted special chapters to Belgrade and to the wines and brandies from this region.

“I wrote about why I love Belgrade so much. I described the life and traditions of taverns, and I dedicated a special section to coffee with Turkish delight served at Belgrade’s oldest pub ‘Question Mark’. Food is an important ritual for us, and drink comes with food.  I presented our brandies through the smile of my uncle Boško: plum brandy šljivovica, apple brandy jabukovača, grape brandy lozovača, walnut brandy orahovača… and authentic wines prokupac and smederevka… I also explained to the Swedes our toasting customs.
Also, for them, an environment-friendly approach to food is particularly important, and our cuisine is healthy and the ingredients are natural.”

You had your book promotion at the Gothenburg Book Fair. How did that go and what are your future plans?

The promotion in Gothenburg was wellobserved and the reviews were positive. I asked for support from our organisations for the first edition of the book in Swedish, but they initially saw no benefit in it. I have an offer to publish the book in English, but it is more important for me to have the book published in Serbia. I made an excellent ‘live’ presentation of ‘My Balkans’ and our food in the famous Swedish Grand Hotel. That’s how I finished the last chapter of the book.”

Jovan Radomir, a boy from Srbac and Bajinci, went all the way “from a village to the Grand Hotel.” His book “My Balkans – Food and People” offers a key to understanding the Balkan mentality. It’s a warm story about us, and the carefully inserted snapshots of family harmony from Jovan’s growing up years album are its special spice.
Milena Mihaljčić 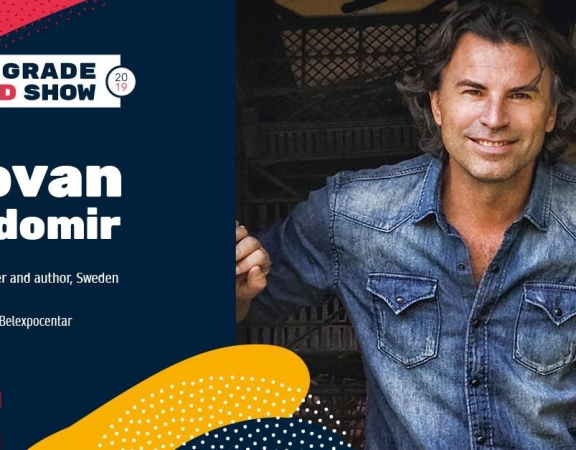